More about the Pals

A walk in the rain; a chat in the dry. 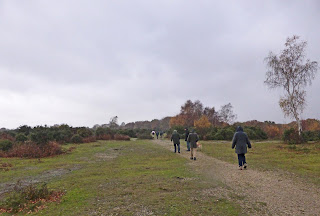 The Pals group went to Hyde today, to brave the wind, rain and temperature.  Whilst walking, there was talk of  nearby WW2 aircraft runways, horses and ponies, poodles, the effects of  new housing in Fordingbridge, our children and how modern eating habits compared with those of our childhood.  For some reason, now forgotten, there was talk of how sugar and salt used to come in blocks. 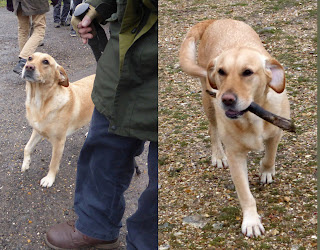 John brought Lolly along, his sedate, and well mannered, eight year old labrador, but as soon as someone threw a stick, Lolly was transformed into a two year old sprightly young thing!  Some of us thought that it would be good if you could play a similar trick on humans.  Then we noticed that those throwing the sticks, were looking a lot more sprightly themselves!  Well done, Lolly. 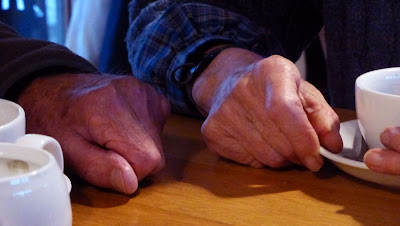 After an hour or so of walking, we settled down in the Hyde Out Cafe to sort out the rest of the world's  problems, over pots of tea and mugs of coffee and hot chocolate. 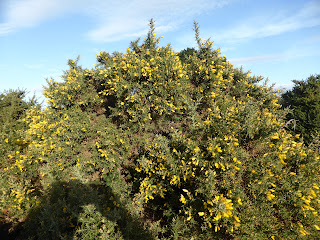 It was a gorgeous autumn day today for a lovely, lively walk with the Pals. We went from  Hyde Out Cafe to Abbotswell and back.
The gorse was in bloom, as it nearly always is, hence the saying;

When gorse is out of bloom, kissing is out of season.

The good news is that either common gorse or the closely related western gorse is pretty much in bloom whatever the time of year.  In fact, a few yellow flowers can generally be seen even in harsh winter months. 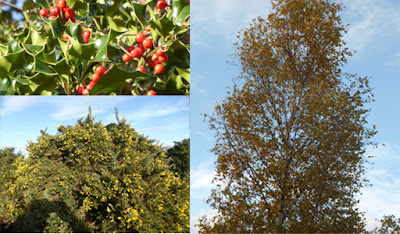 We also talked of countries that we had lived in, family trees, photography and about the various animals we came across.  Web pages got a mention as did poodles, swimming in the sea, pigs and panage and the New Forest grazing rules. 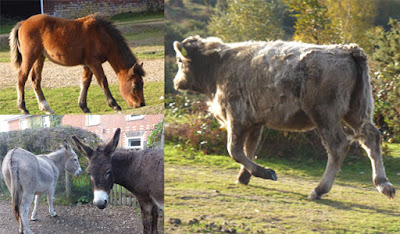 There was a discussion about whether there was more than usual grass for the animals  this year and what the donkeys were waiting for, outside someone's gate. 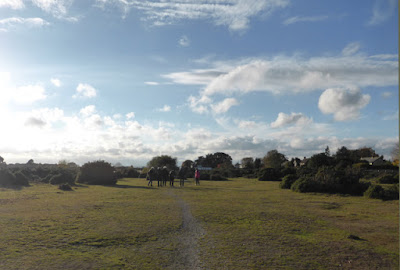 Some walked a few hundred yards and others, a couple of miles. 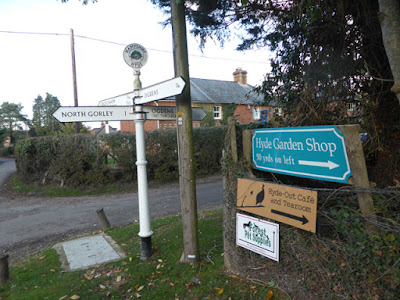 Everyone agreed that we were indeed exceedingly lucky to live in such a beautiful part of the world and to be fit enough to enjoy it. 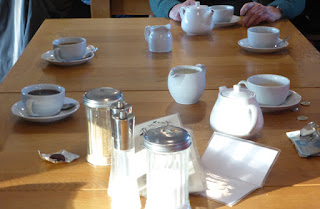 Many thanks to everyone at Hyde Out Cafe for putting up with the whole gang of us taking the place over for half an hour.

Use arrows to change month.

Who are we? A small charity in the Ringwood and Fordingbridge area, which arranges regular walking groups for men and women affected by dementia.

What do we do? We arrange transport and meet for walks at various locations across the forest.
When? The first, third and fifth (if there is a fifth) Tuesday afternoon of each month.
Where do we finish? Usually at at a pub or cafe.
What are the aims of the group? To have a good stimulating afternoon out and to give carers a well deserved break.